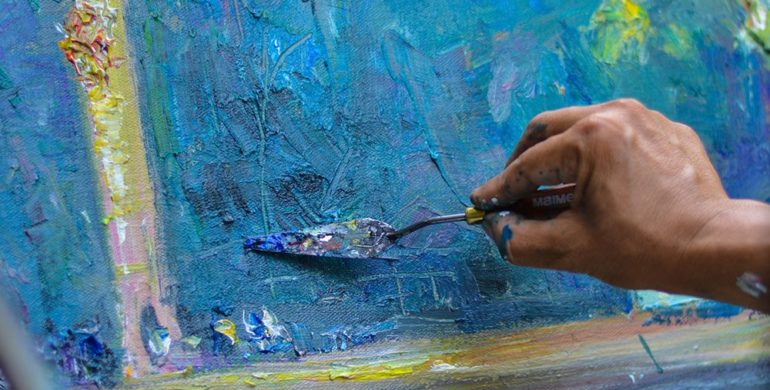 Painting with pigments and a medium of drying oil as the binder is known as oil painting. For centuries, it has been the most widely used technique for artistic painting on wood panel or canvas, spreading from Europe to the rest of the world.

Artists’ oil colors are made by combining dry powder pigments with selected refined linseed oil to form a stiff paste, which is then ground in steel roller mills by strong friction.

Oil paint is made up of three ingredients: pigment, binder, and thinner in its most basic form. The binder (oil) is the liquid vehicle or carrier that holds the ground-up pigment to be applied to the canvas or whatever support is to be painted. Pigment is the color element.

Although the exact date and reason for the development of oil paint is unknown, it was quickly discovered to have greater versatility, a longer working time, and a more subtle rendering than egg tempera. It has been used in various forms since the 14th century, but a group of Flemish artists is credited with refining the development of the paint, which has since become the medium of choice for thousands of artists.

Oil painting was thought to have originated in Europe in the 11th century until recently. Oil paints (extracted from natural sources) were discovered in cave paintings in Afghanistan in the 7th century in 2008. Oil paints had become the standard medium of choice for many artists, especially in Italy, by the end of the 16th century.

In 2008, some cave paintings in Afghanistan were discovered that looked nothing like the cave paintings we have come to know. Scientists examined the paintings and discovered that they dated back to 650 AD. The pigment was mixed with a carrier base of walnut and poppy seed oil, according to the scientists. As far as we know, this is the oldest recorded use of oil paint, implying that oil paints were in use about 800 years before we thought.

Oil painting dates back to at least the 7th century CE, when anonymous artists used oil extracted from walnuts or poppies to decorate the ancient cave complex in Bamiyan, Afghanistan, as discovered in 2008. Oil as a painting medium, on the other hand, is only mentioned in Europe as early as the 11th century. Easel painting with oil colors, on the other hand, is a direct descendant of tempera painting techniques used in the 15th century.

Linseed oil is the most commonly used oil in painting because, unlike other vegetable oils such as olive or canola oil, it dries by oxidation. Linseed oil isn’t the only drying (or siccative) oil that can be used; safflower, poppy seed, or walnut oil can also be used, depending on the sheen, drying time, and other effects desired by the artist. Linseed oil, on the other hand, dries faster and forms a more flexible paint film that can be reworked more easily. It is also worth noting that pigments don’t all dry at the same rate: charcoal black oil paint, for example, takes longer to dry  than red/yellow ochre.

The oil base can influence a variety of aspects of the paint’s performance. Different oil bases can accommodate a variety of colors, drying times, and other factors. Oil paint can react differently depending on how it was made. You can compare the differences between two companies’ red oil paints. Depending on how they were made, two identical products can be fundamentally different. The use of various factors within the paint itself is responsible for this. The consistency and color of your paint can be affected by the oil you use. As a result, they can affect both the
drying time and the appearance of a painting.

Oil paint has enabled artists to experiment with a wide range of techniques and applications, resulting in a plethora of new ways of thinking and seeing. This may have been to the detriment of oils, as the demand for faster drying, more immediate materials grew, and oil gave way to new man-made media such as acrylic paint. However, because of its versatility and willingness to experiment, it remains one of the most popular mediums.

Oil paint is also a joy to work with for the artist. It has a high degree of plasticity, which means it can be molded into a variety of textures, and it has a pleasing body and malleability even when applied thinly.

It allows for patient, subtle work with a fine brush, or vigorous applications with a knife to plaster it thickly on the support, depending on the artist’s temperament and intentions. It allows for the most technique versatility of any medium, but it is also capable of producing chance effects, which add to the magic of using it and encourage the artist’s development. Oil Paints are available for purchase on our website. Click here to shop. 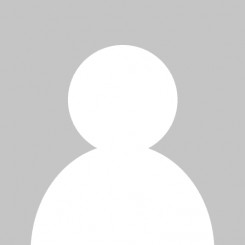