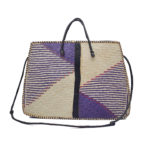 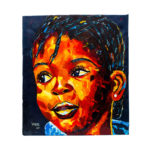 Only 1 left in stock

Benin was a large and varied kingdom. Some people lived in villages and small towns, but most people lived and worked in Benin City. The most important person in the kingdom was the king, known as the Oba. Hundreds of men and women lived at the royal court, and devoted their lives to looking after the Oba and his family.

The people of Benin believed that their Oba was a god. He lived apart from the ordinary people inside the royal court in Benin City. The Oba owned all the land in his kingdom. He gave orders to his chiefs on how his kingdom should be run and he decided when his armies should go to war. Sometimes he rode into battle at the head of his troops.

Another important figure was the mother of the Oba. The first great Queen Mother or ‘Iyoba’ was Queen Idia, the mother of Oba Esigie. She helped her son to defeat his enemies and gain control of the River Niger. As a reward, Esigie gave her a palace of her own. People believed that the Queen Mother had magical powers. She was not allowed to see her son after he became Oba, in case she used her magic to control him!

Having this sculptures make your home look more comfortable and attractive as possible, it serves to beautify any area it is placed around your home.

Buy this Hand Carved Benin King and Queen Stands at our online art store as well as other African Crafts and enjoy nationwide doorstep delivery across Nigeria at lowest rates.

There are no reviews yet.

Only logged in customers who have purchased this product may leave a review.

Make Money With Us

Close
Sign in Or Register
Or
x
Open chat
This Hand Carved Benin King & Queen Stands can be yours for only ₦26,800.00!
If you have any questions, ask us.